Save it before its too late.

Your action is part of the answer!

Step up and join us today!

We regularly hold presentations in North County. We hope to see you soon.

Contact Us
Movie Night at the Leeds Ranch Featuring: 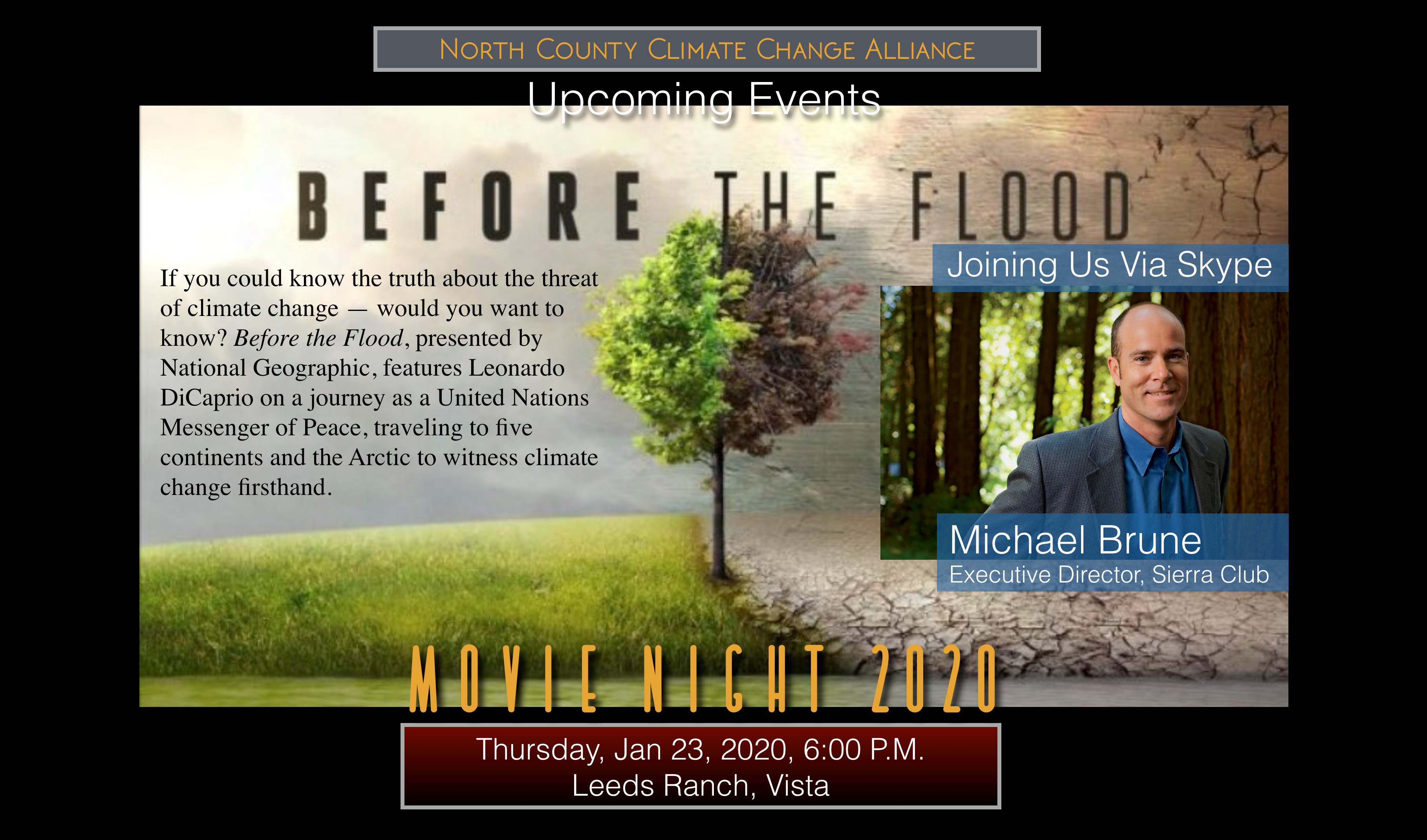 If you could know the truth about the threat of climate change — would you want to know?

Before the Flood, presented by National Geographic, features Leonardo DiCaprio on a journey as a United Nations Messenger of Peace, traveling to five continents and the Arctic to witness climate change firsthand. He goes on expeditions with scientists uncovering the reality of climate change and meets with political leaders fighting against inaction. He also discovers a calculated disinformation campaign orchestrated by powerful special interests working to confuse the public about the urgency of the growing climate crisis. With unprecedented access to thought leaders around the world, DiCaprio searches for hope in a rising tide of catastrophic news.

From Academy Award®-winning filmmaker Fisher Stevens and Academy Award®-winning actor, environmental activist and U.N. Messenger of Peace Leonardo DiCaprio, Before the Flood presents a riveting account of the dramatic changes now occurring around the world due to climate change, as well as the actions we as individuals and as a society can take to prevent the disruption of life on our planet.”

After the film, the Sierra Club’s National Executive Director, Michael Brune will join our group via Skype for Q & A. Michael has led the Sierra Club since 2010. Under his leadership, Sierra Club has grown to more than two million supporters and is at the forefront of the drive to move beyond fossil fuels to clean energy while also protecting America’s remaining wild places. He is a nationally recognized writer, speaker, and commentator on energy and environmental issues and is a part of the film. As always, this is a very special guest.
Popcorn and beverages will be provided. You are welcome to bring a “brown bag lunch/dinner” or takeout to eat. *The Leeds home is at the end of a long drive way off of the main road. look for the large NCCCA Act Now sign to know where to turn. You are also welcomed to bring a small pillow or seat cushion. This event is hosted by Nikki and Merrill Leeds and the North County Climate Change Alliance. Please contact nikkileeds@cox.net to RSVP or with any questions. 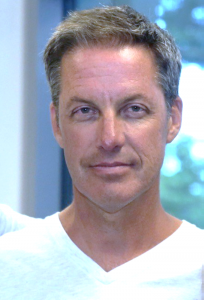 Dr. Bruce Bekkar’s local environmental efforts began in 1991, when he helped found the first local chapter of the Surfrider Foundation in San Diego. Since 2005, he has focused on the threats posed by climate change- specifically, risks to human health and our oceans. He left his medical practice in 2013 to work full-time on these issues, and currently serves on the Board of San Diego’s Climate Action Campaign and the Executive Committees of the North San Diego Chapter of Climate Reality and TAG Indivisible. Recently, he was Vice-Chair of Del Mar’s Sea Level Rise Advisory Committee, the spokesperson for Surfrider’s S.T.O.P. climate change initiative, and he has traveled to the State Capitol with the American Lung Association to lobby with the Doctors for Climate Health. As a 2015 graduate of Al Gore’s Climate Reality Leadership Corps program, he co-leads their Health Issues community and mentors at U.S. trainings. Bruce speaks frequently to community groups, university students, local city councils, and anyone who wants to learn what they can do about our climate crisis.

There will be time for questions from the audience. This free event is hosted by the North County Climate Change Alliance and the Vista Public Library.